In 1964 an American chiropractor by the name of George Goodheart began evaluating his patients using manual muscle testing. He observed that often a muscle that tested as weak seemed to have no obvious cause...no atrophy, injury or neurological problem.

In 1974 John F. Thie , an American chiropractor trained by Goodheart, developed the Touch for Health system of kinesiology, which allowed non-chiropractors to train as kinesiologists. Bruce Dewe, a medical doctor, then formatted the Professional Kinesio Practic Diploma for non-practitioners and made the science and art of kinesiology available to the greater public. These later kinesiologists developed a concept of Kinesiology as an educational and energetic therapy form, in line with the transfer of scientific thinking from the old Newtonian physics towards Quantum physics. In this model it is readily accepted that any form of energy change will affect manifestations of health and dis-ease in the forms of food, supplements, medicines, environmental toxins, toxic emotional backgrounds and attitudes, lifestyle and epigenetics.

Kinesiology has grown in leaps and bounds and now encompasses a huge field of knowledge with an equally huge repertoire of corrections and emotional stress relief techniques at the disposal of the kinesiologist. It can be used on a purely physical basis, but works best in conjunction with the emotional keys that unlock deeper and more meaningful healing. 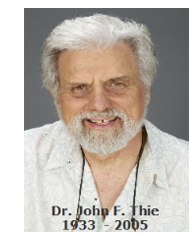