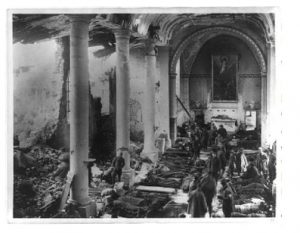 In early October, in the midst of the most deadly wave of influenza, Base Hospital No. 44 (one of just a couple of U.S. homeopathic army field hospitals) received two trains of more than 1,700 sick and wounded soldiers, of whom about one third had influenza.

“Many of these patients were in a serious condition, and several died within a few days. … A vast number of dressings were done, and all the departments of the hospital were taxed to their capacity. The pneumonias were of a virulent type, and a large proportion of the deaths occurring in the hospital were from this cause.”
Moreover, the “pitiable condition” of the soldiers was compounded by the fact that they were in crowded spaces with no opportunity for isolation.

And yet homeopaths at Base Hospital No. 44 were able to turn the unfavorable odds around. Dr. Rockwell and his team lost only 33 cases out of some three thousand patients that were put under their care from July to December 1918.

In 1851, A. Miller MD reported treating over one hundred cases of cholera without a loss in Quincy, Illinois. In 1854, Dr. Cox MD of Philadelphia reported 33 cases without a death. The lesson was not well learned, for when cholera reappeared in the U. S. in 1873, the allopathic mortality rate was 52 percent.

These epidemics had a devastating effect on the confidence of the people towards old school medicine. In 1852, Dr. Sunderlin from Hammondsport in New York wrote, “The homeopathic practice in this part of the country is gaining the confidence of the people rapidly, especially among the intelligent and influential. Our allopathic brethren are making every effort in their power to prejudice the minds of the people against the practice, which is founded upon an immutable law of nature. I understand that the medical society at one of its meetings, resolved that members would not counsel with, countenance or associate with any homeopath.”

And where it is able to be of help, homoeopathy contributes to best effect… 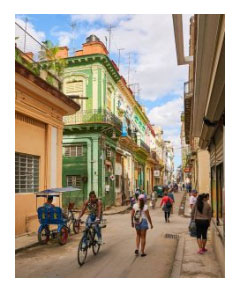 Homeoprophylaxis was employed on large segments of the population of Cuba in 2007 during an epidemic of Leptospirosis, which is a zoonotic disease of major importance in the tropics where the incidence peaks in rainy seasons.

Natural disasters represent a big challenge to Leptospirosis prevention strategies, especially in endemic regions. The symptoms caused by Leptospirosis infection are extremely variable and potentially dangerous, they include meningitis, pneumonitis, hepatitis, nephritis, mastitis, myocarditis, hemorrhagic crisis and multi-organ failure, with a reported mortality varying between 4 and 50%.

In the midst of an epidemic occurring in 2007, homeoprophylaxis was administered orally to 88% of 2.4 million persons living in three high-risk provinces of Cuba. Homeoprophylaxis was initiated in week 45 of 2007 with two oral doses of Nosolep 200 C with an interval between doses of 7-9 days administered to 2.1 million persons (88% of the population). Ten to twelve months later, the schedule was completed by the administration of another two oral doses (7-9 days apart) of Nosolep 10 M to 2.3 million persons (96% of the population).

In a remarkably damning editorial in one of the world's most renowned medical journals, BMJ, the editor of the journal made this chilling admission: "Unfortunately, in the balance between benefits and risks, it is an uncomfortable truth that MOST DRUGS DO NOT WORK IN MOST PATIENTS." "Regulators need to recognize that failure is the norm," they say. They also acknowledge that ALL drugs have harmful effects, and given that most don't even work - physicians should prescribe with far greater care...

Maybe it's time for allopathic physicians to admit that their approach to drug therapy does not work and drop their blind prejudice to homeopathy and its law of cure. 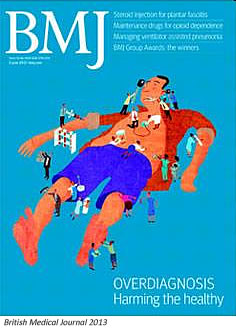 Another reason homeopathy is so important…

Source: Peter C Gøtzsche, Professor of Clinical Research Design and Analysis, and Director, The Nordic Cochrane Centre, and Chief Physician at Rigshospitalet and the University of Copenhagen in Denmark has just published a book titled "Deadly Medicines and Organised Crime: How big pharma has corrupted healthcare"… it offers a very disturbing report on the marketing and business practices of big pharma.

In various parts of the world Homeopathy has been integrated into the healthcare systems of some countries. In India Homeopathic practitioners practice in most hospitals and form a huge part of the primary healthcare system. They refer freely to medical doctors and specialists and are freely referred to in turn. India has just under 285 000 homeopaths practicing across the entire country. In France homeopathy forms the greater part of primary healthcare, as it does in Brazil.